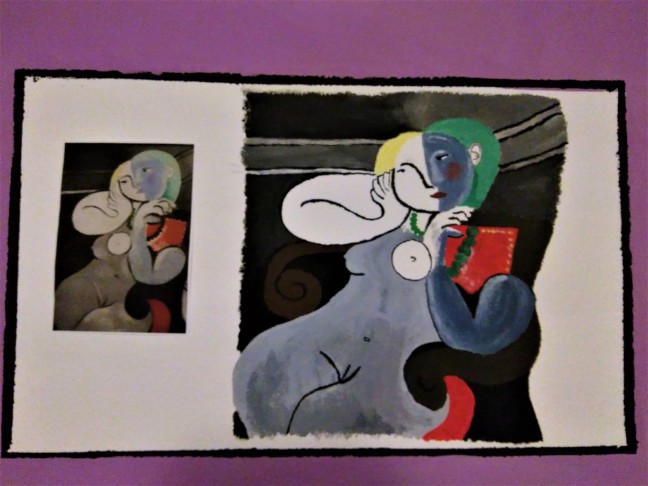 It is that time of year again, where darkness rules and the heady days of summer seem like a lifetime ago. Winter’s chill is taking its toll and the only respite is the thought of a little Christmas cheer, here and there. But there is only so much that the Christmas Markets, Plätzchen and Glühwein can do to hold back the tide of deep, dark, drab depression – especially after the arrival of the Glooms.

Here is my short story ‘The Glooms’. It was first published in “The Wild Word” magazine earlier this year and will appear in there 2017 Fiction Anthology, which will be released in the new year. “The Wild Word” does such great work here in Berlin, supporting artists and writers all over the world – to contribute to this wonderful magazine, click here.

Mali could always tell when it was the time of the Glooms. The shoulders of everyone she met drooped forward with the sheer weight of them and peoples’ faces showed their struggles with the immensity of it all. Deep furrowed frowns, directed at the world around and at no one in particular. They were so invasive that everyone took exception to them and each projected their very own snarly version of it back at one other. They bounced off all the other faces and surfaces until they pointed directly back at themselves.

The Glooms grew exponentially, feeding off disdain and hopelessness, causing a despairing darkness to fall over the city. Grey clouds sagged, like gargantuan, sodden cotton balls, which threatened to fall from the sky and suffocate all of us at any minute. The leaves, long gone from the trees, a faded memory, squashed into the pavement under the heavy boots of winter. Green, replaced by an underwhelming drabness, permeating every corner, of every inch, of every part, of anything that could have been touched by light, but was instead strangled by shadow.

At that time of the year—the ‘Gloomszeit’, as it had become known—the city broke off into three distinct groups. There were the Hibernators, who embraced their Gloom and set about preparing their winter’s den; Netflix, crates of wine, firewood, and enough plätzchen and nuts to see out the icy siege. Mali knew that she wouldn’t see the Hibernators for at least three months—but she also knew that those people would be safe. It was well known that Glooms would not harm those who gave in to their demands for lethargy, isolation and overeating.

Then there were the Fighters, who fought against their Gloom; an endless battle of freezing nights out and copious amounts of alcohol, drugs, dancing—Glooms are renowned for their hatred of loud noises and activity, it was common knowledge. All the freedom fighters together, facing off against their Glooms in their own natural habitat of icy, cold darkness, punctuated by disco balls and flashing lights.

One of Mali’s oldest friends, Hapus—an avid Gloom warrior—swore to her that he had defeated his Gloom on the dancefloor of Berghain. They had had a particularly vigorous, old-school dance-off and his Gloom had surrendered right there and then. Apparently, Hapus had overwhelmed it with his extraordinary pop and lock, in combination with his supreme hyperactivity. Hapus had concluded that his Gloom had obviously left to feed off one of the Hibernators and he was free as a bird and as light as a feather to enjoy the winter as he pleased.

Mali had her doubts about Hapus’ account however, given that since his so-called legendary Gloom dance-off destruction, he hadn’t seemed to be any happier than anybody else.

Mali never knew if it was the influx of Glooms which caused the changing of the seasons or if it was winter itself which brought about these effects, because what she never told anyone was that her Gloom followed her all the time. Hers didn’t sit on her shoulders or stand directly behind her as everyone else’s seemed to do however, her Gloom always sat in the corner of her eye, always just out of her reach.